CNN and HLN anchors appeared on the “Hot Car Death” jury questionnaire. Justin Harris is being charged with two counts of felony murder as well as first degree cruelty to children.

When this first happened in 2015, both CNN and HLN went wall-to-wall with the coverage.

The jury questionnaire, reports the Atlanta Journal Constitution, alludes to the Turner news networks’ coverage of the trial.

That was question number 31 out of 93 on the questionnaire.

Nancy Grace will go wall-to-wall on her 8pm program with coverage of the trial, according to HLN.

“It’s safe to say that HLN will have the most extensive coverage of this trial than any other major news network,” an HLN spokesperson told the AJC.

HLN host Dr. Drew Pinsky, who hosts an eponymous talk show at 7pm on HLN, is leaving his radio show, Loveline, that he has hosted for the past 30 years. April 28 will be his last day on the program.

Billboard reports Pinsky is leaving Loveline to focus on his HLN program, as well as his other radio program with Mike Catherwood, and his podcast.

“I am not leaving radio,” he says in a statement. “The Loveline brand is still strong and perhaps we will bring it back some day. But for now, this version is ending and I will be focusing on all of my other projects. It has been a privilege to have served the listeners and share deeply in personal stories. I am deeply grateful for this opportunity.”

HLN’s Dr. Drew, hosted by Dr. Drew Pinsky, is moving to a new time, beginning next Monday — 7pm. So rather than trailing Nancy Grace, Pinsky’s show will be her lead-in.

This isn’t the only programming move interim HLN boss Ken Jautz is making: also announced this week is that HLN is developing a three-hour show for CNN’s Michaela Pereira to anchor out of the Los Angeles studios.

Tomorrow night at 9pm ET on HLN’s Dr. Drew, the HLN host will be joined by an audience and panel made up exclusively of African-Americans, according to the show’s Twitter account, to tackle the issue of race in America.

Doing a very specific-niched show isn’t new to Dr. Drew, who in the past has hosted a special on transgenders in America and had a studio audience and panel composed of only transgenders; and he also did a Donald Trump special, with a panel and studio audience only of Trump supporters.
https://twitter.com/DrDrewHLN/status/658825495883227137

Because CNN’s obsession with Donald Trump isn’t enough (even though it reportedly is enough with employees), HLN is devoting an hour this evening to Trump on Dr. Drew.

Dr. Drew has held some special shows in the past: there was a mental health special, following the Kim Kardashian-produced RedFlag documentary, and recently, the transgender special.

When she left OANN, many suspected she would end up at Fox News. In a note on Instagram about her departure, she said, “Something new is coming in my life and work, and I can’t wait to share it with you. I’m ready to hit the ground running. Run with me? Here’s to new beginnings…”

But according to Mediaite’s Andrew Kirell, she isn’t getting a Fox News gig.

Is CNN or HLN next for Lahren? 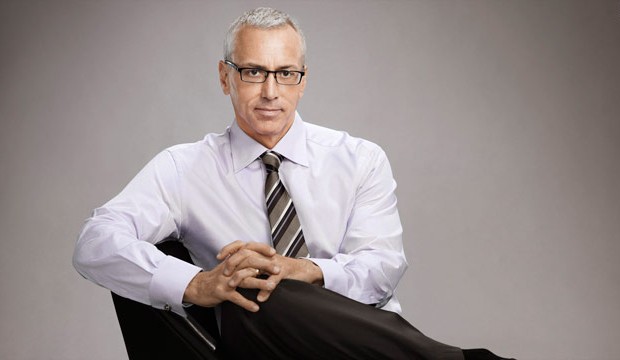 HLN host Dr. Drew will be hosting a special on his program, called Dr Drew: Transgender in America that will span across two days: Wednesday, August 26 at 9pm and Thursday, August 27th at 9pm.

He will be joined by his guests and a live, all-transgender studio audience.


Needless to say, Breitbart’s Ben Shapiro probably won’t be on this HLN special after how things went down last time.

After a loud guest was given a microphone and was trying to make her point about Barack Obama and Donald Trump — as Dr. Drew Pinksy did his best to silence her — another panelist, HLN contributor Samantha Schacher, murmured, “Welcome to the show, Anderson.”

Then, Cooper demanded with a chuckle, “What the hell have I wandered into?”

Cooper asked, “Have people been drinking?”