CNN Worldwide president Jeff Zucker announced he was planning on August and September for its news and sports teams to return to their offices. “These dates were not chosen arbitrarily,” Zucker said in a memo to staff. “We are trying to coincide with back-to-school schedules, assuming that would make the most sense for those with young families.”

In the memo, Zucker said that they were targeting August 1 for a return to Atlanta offices and studios, and September 1 for the New York, Washington, San Francisco and Los Angeles bureaus. As for the international bureaus, Zucker says the company is taking a “city-by-city approach” based on the health regulations and rules in those areas — Hong Kong and Abu Dhabi offices are already open; London will have staffers returning next month.

Zucker wrote that because of logistics, “it will likely take a couple of weeks to effectively get everyone back to their desks. But those are generally when you can expect to see the start of a return.” He said that the dates were chosen to coincide with back-to-school schedules.

He said that vaccinations will not be required for a return but they will be “strongly encouraged,” and safety protocols, like the wearing of masks, will remain in place for the foreseeable future. Follow @CommentaryCNN

CNN lead political anchor Wolf Blitzer has anchored The Situation Room for the past 53 consecutive days. The weekend editions started to cover the coronavirus pandemic, and they still continue.

BREAKING- @wolfblitzer is a machine. Our CNN Anchor has now anchored for 53 consecutive days. #ThisIsCNN #WolfPackOfOne

Seattle KCPQ anchor Nadia Romero has joined CNN Newsource based in Washington, DC. She left her previous gig in July. Her first day at CNN is today.

“Sometimes in life you work really hard. Sometimes you’re lucky enough to have people you love, support, and encourage you. Sometimes you actually accomplish a childhood dream. This is CNN,” she wrote.

CNN has decided to settle a 15-year long “labor dispute with camera operators who accused the cable news company of canceling their contract to avoid dealing with the workers’ union,” Bloomberg reports, with a $70 million settlement.

The agreement would end a long-running dispute between CNN and a group of more than 200 video camera operators, broadcast engineers, and other technicians staffed by a separate video services company. Those workers, for the network’s Washington, DC, and New York bureaus, say the company laid them off without bargaining with their union and refused to hire some of them back because of their union connections, the report notes.

CNN has maintained throughout the case that it wasn’t required to collectively bargain with the operators and technicians because it wasn’t their “employer” under federal labor law. The workers were staffed through a contract with Team Video Services. 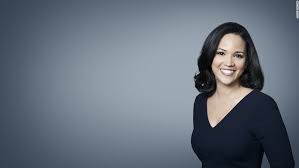 CNN justice correspondent Laura Jarrett, 36, is pregnant with her first child. She and her husband, attorney Tony Balkissoon, met when they were attending Harvard Law together.

In Washington, DC, her colleagues threw her a baby shower earlier this week, with political correspondent Dana Bash and Newsroom anchor Poppy Harlow among the attendees — with a visit later on by anchor Wolf Blitzer for the mother-to-be. 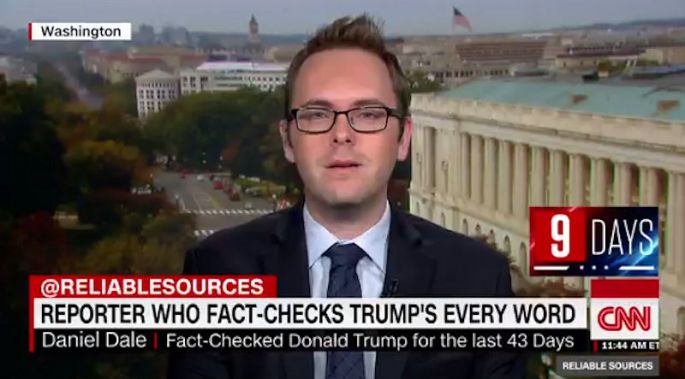 CNN announced it has hired the Toronto Star’s Washington, DC bureau chief, a position he has held for 11 years, the Daily Hive noted. He will serve as a DC-based reporter for CNN; his first day will be June 17.

CNN said in a Twitter statement, “We are excited to welcome Daniel Dale to CNN’s Washington bureau, where he will join as a reporter on the fact-checking beat!”

Dale will be working with CNN “on the truth beat full-time… dissecting dishonesty from Trump, Democratic candidates, and others.”

“For the last three years, I’ve done most of the fact-checking on my ‘own’ time, weekends and nights, while trying to do my actual correspondent job during the day. Now the truth file will be my full-time focus,” said Dale.

“I started fact-checking Trump in September 2016 because I was frustrated that much of the campaign coverage didn’t seem very interested in talking about what was true and not true. This is a great opportunity to get more facts to a US audience this time around.” 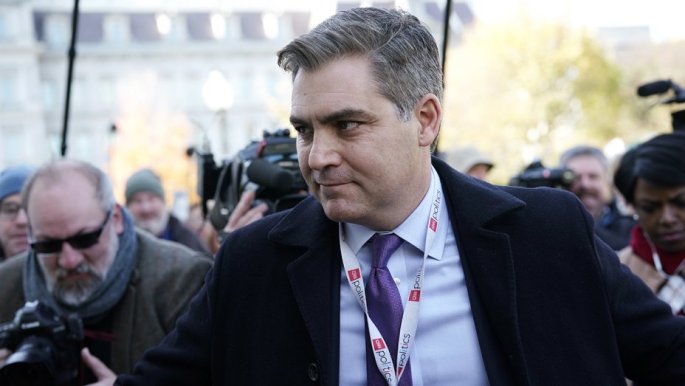 On Monday night, CNN’s chief White House correspondent Jim Acosta was honored by the New York Press Club with the Gabe Pressman Truth to Power Award. The club said in a statement, “We want to thank Mr. Acosta for his impactful speech as it served as a reminder of our journalistic oath.”

They noted that he qualified for the award because of his “courageous reporting in the fact of being called the ‘Enemy of the People'” by President Donald Trump.

In his acceptance speech, Acosta said, “Just because we are pro-truth doesn’t meant we’re anti-Donald Trump.”

Pulling on his hard press pass, he said, “They’re not having it. It’s staying with me.”

The press pass was of course a reference to the White House’s revocation of Acosta’s White House credentials in November of last year. His press access was later restored.

Symone Sanders joined CNN as a political commentator in the fall of 2016, after serving as a key strategist to presidential hopeful Bernie Sanders. Now, she has switched sides, joining former Vice President Joe Biden’s 2020 team as a senior aide.

Regarding her hiring, she tweeted, “[Joe Biden and Dr. Biden] are a class act. Over the course of this campaign, Vice President Biden is going to make his case to the American [people]. He won’t always be perfect, but I believe he will get it right.”

The news of her hiring led CNN’s media reporter Brian Stelter to report that CNN announced she was leaving the network with her new gig.