Almost all of CNN’s New York-based staff has made the move to their new New York City headquarters at Hudson Yards. A lot of moving occurred earlier in April.

This morning at 4am ET, CNN’s new newsroom studio from Hudson Yards made its debut for Early Start, anchored by hosts Dave Briggs and Christine Romans. New Day aired from its usual Studio 71 at Columbus Circle. It isn’t immediately clear when the network’s marquee programming, from New Day, to Erin Burnett OutFront, Anderson Cooper 360, Cuomo Primetime, or CNN Tonight will make the jump to Hudson Yards, but At This Hour with Kate Bolduan and both editions of CNN Newsroom, the first block with Poppy Harlow and Jim Sciutto, and then the afternoon edition of Brooke Baldwin, are to utilize the new Hudson Yards set. 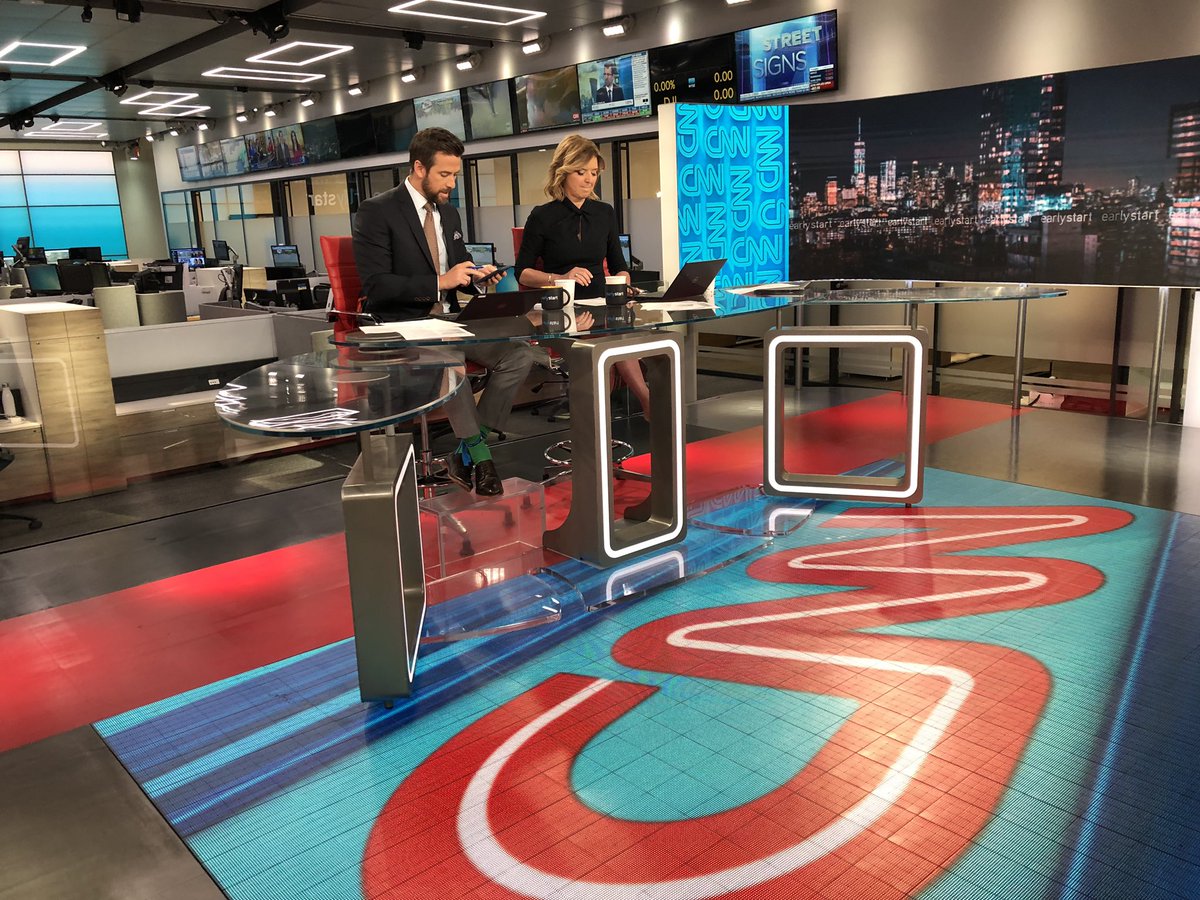