CNN closed captioning gave up on the debate

Last night’s GOP showdown, loosely moderated by CNN’s Wolf Blitzer, had some chaotic moments throughout the night, which may, perhaps, be best encapsulate by CNN’s closed captioning, that basically gave up on one point, settling for [unintelligible yelling]. 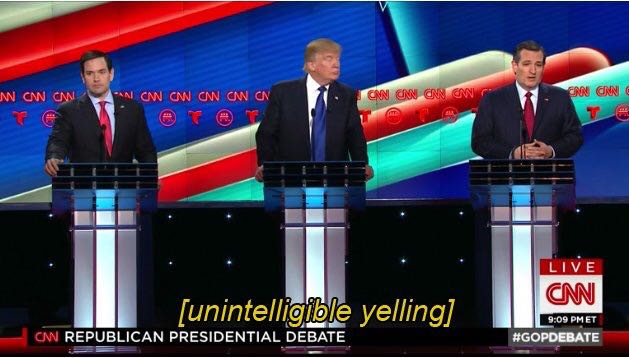 “By the end, [Blitzer] seemed to have completely ceded control of the debate,” Slate’s Isaac Chotiner observed.