Maybe Making the Case isn’t over

Making the Case was a show that was hosted by Sunny Hostin and Mark Geragos, and it only had the opportunity to air once at 10:30pm on CNN. It was supposed to be a five-week experiment (along with The Don Lemon Show, that went on live at 10pm) that was cut painfully short because of CNN’s wall-to-wall coverage of MH370.

When I asked Sunny Hostin if it was safe to say Making the Case was definitely not returning (on either CNN or on HLN), she said: 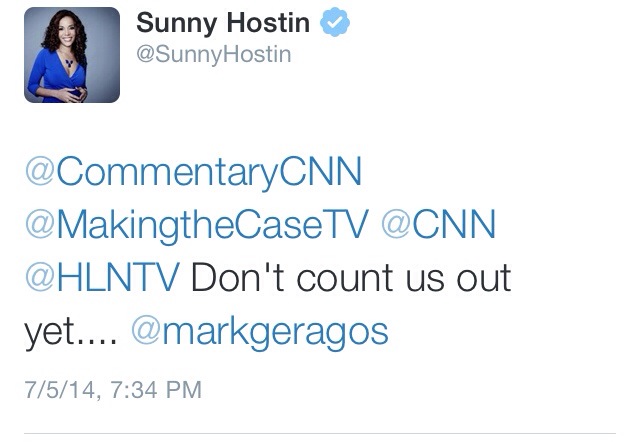 It sounds promising. Surely, something must be in the works on either CNN or HLN – otherwise, it would make sense to simply not respond to my tweet, or to respond by saying the show was canceled, for now, anyway.

It will be very interesting to see what comes of this; and if it does return, at what time and what day will be interesting, as well.